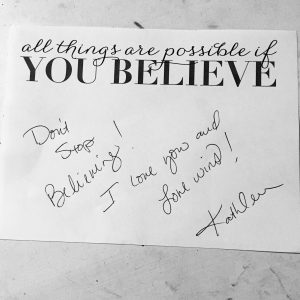 When I heard the leaked Trump tape, it all came back. The first boy who asked me out — with scissors to my throat. The stranger running a jokey Independence Day beauty pageant who isolated me from the younger girls and older women and exposed me, saying, “We have to see if you’re a woman.” The man asking for gas money in a parking lot who shoved a hand into my pants and I gave him my money because I was afraid not to, and I felt angrier — more justified — in feeling robbed than assaulted. The male therapist, the boyfriend who asked how far I’d parked from the store, a version of “What were you wearing?” The relationship that left me afraid of everything from my phone to flying to speaking to not speaking, the relationship that made me feel unbearably naive, the relationship that closed my heart in ways I’ve never gotten over, the relationship that could have legitimately ended my life, the relationship that left me uncertain who I was at all — it has been picked over, the blood let back out, the pain fresh as this man we just elected our president spoke about grabbing women and spoke about how such speech is harmless.

It has been just a few weeks since we heard him say those things. It feels like a lifetime, and for those of us who have experienced assault or emotional abuse or rape, it is a lifetime because we keep living those events and moments, tethered to them across years and decades. And this whole time, I have been living short of breath. I have been too afraid to even see his face or hear his voice. I have been unable to follow much of the campaign because I see all the men who have hurt me and then brushed it off, not even acknowledged the damage they’ve done.

I have been abused. I feel like my abuser just became our president.

My heart breaks and breaks and breaks. I have spent my life trying to understand what others’ intentions were instead of looking directly at their actions. I have silenced my own voice so as not to accuse someone falsely or let them think I perceive them in a negative light. I crave connection with people. Not everyone does.

When this same man found me later on my walk, left the yard work he was doing in my neighborhood, and pursued me further, I yelled at him. I called the constable. I stated what happened, even though I could hardly believe it. My instinct was still to say, “Maybe there was a mosquito. Maybe he didn’t think about what it means to touch a person without their consent.” The man denied that he had intended to intimidate me. I still walk in my neighborhood, but now I look for the maroon truck he drives. I’m afraid I will see him again, not because he will hurt me more, but because I very well may find myself apologizing for making a big thing of a big thing.

Get pepper spray. Get a gun. Get a dog. Get a thicker skin. Get over it.

I’m not over it, and how can I be when a man can so blatantly brag about assault and then be elected our president? 53% of white women voted for him. My sisters, those same women who have held keys between their knuckles at night and sought safety in numbers, left the rest of us to fend for ourselves, and that betrayal is hard to forgive.

I know this man evokes the same feelings of hopelessness and fear and worry in so many cross-sections of people who face worse potential outcomes than I do as a white, cis, straight, able-bodied citizen, and knowing how I feel as I try desperately to separate a history of misogynist terror from today and tomorrow and the next day, I am profoundly sad and sorry for those groups he has invited hate upon.

When I cast my vote for who I hoped would be our first female president, I was first nearly turned away by a man who tried to say I couldn’t take my babies with me. He was wrong, but he didn’t care to be right. Even this small thing — a person giving bad information — feels so deeply personal.

What gives me hope? The woman who offered to hold my babies so I could vote. The woman who pulled over when she saw me crying and yelling at the man in my neighborhood and waited with me well after the constable was gone. My mother, who has always believed me. My friends, who share their voices bravely. My doula, who helped bring my babies into this world and helped me, today, get through an hour more in it. She handed me the note in the picture above before I left. My husband, who just last week defended a young woman being casually harassed by men. My close male friends who are also hurting from all this and want to use their position for change. Writers, who take their uncelebrated gifts and create hope and assurance from the tiny, fragile husks of words. My kids, who don’t understand any of this yet but whom I’m teaching to respect their bodies and other people’s bodies.

My mother told me to get fear out of my body. I’m walking. I’m talking. I’m dancing with my kids even though I don’t feel like dancing. I’m finding anything to laugh about. I’m letting myself cry, for now. I might take a bath. I’m cleaning. I’m killing all these motherfucking mosquitoes that have the audacity to keep living into November and bite me. I’m breathing. I’m standing barefoot in sand. I’m holding my family.